The same part of me drawn to Dexter and Mad Men was curious enough to check out Scowler by Daniel Kraus. I heard about this on a list of new horror books and heard there were meteors, so I was in. I love meteor stories.

This book has some really fantastic reviews by bloggers and readers on goodreads so don’t let me deter your interest when I say this was not my cup of tea. It’s so far from my cup of tea that I can’t consider it tea. Moonshine perhaps. This is not my jar of moonshine. 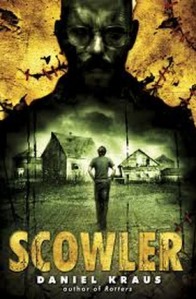 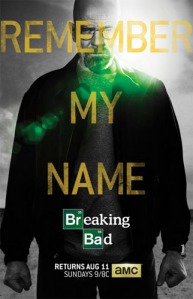 The story starts off intriguing enough. Ry Burke is 19 years old and trying, but failing to make anything grow on his family’s 300-acre farm. He lives with his mom and little sister. Their abusive father is in prison on the other side of Iowa, so they’re safe at least, or so they think. There’s also the matter of a meteor heading their way. The chapters mark the countdown of hours until impact.

The odd dynamic of Ry’s relationship with his mother was my first clue that things were off here. Their relationship is strained and it’s not only because of their financial circumstances. Ry has compartmentalized the past. After his father was taken away he poured his memories and the heighten parts of himself that allowed him to survive trauma into three toys. These toys were alive to him, he needed them to function, but they were taken away. Yes he’s holding things together, but it’s shaky.

The story’s premise rides on Ry’s shoulders – If a father has a monster inside of him does that mean the children do, too?

The first 50 pages had me hooked. The somber tone fits the dreary dirt farm setting, though the approaching meteor doesn’t feel nearly as ominous as I expected. I had no idea where the story was going, but the small family is compelling AND because this is supposed to be a YA horror, I was enjoying the anticipation of what was still to come. Aliens? Monsters? It had to relate to the meteor right? Or maybe it would have something to do with the stranger who arrives at their door…

Then the grisly flashbacks begin and the abuse Ry and his mother endured is no longer on the periphery; it’s right in your face, written in a way that puts you in the room as it happens.  And as for the falling meteors, well one brings a monster from the past back home and another is falling, falling and then it impacts and the plot has some direction, but it’s ugly and it stays ugly.

I’m not saying this is a bad book or that it’s badly written. I can sort of see why people liked it, but for me it was so dark there was nothing else to it. The book didn’t spook me. It turned my stomach the way the movies like Saw do. This is more of a gratuitously violent family drama than horror.

The book did get fantastic reviews so poke around if you’re curious. Here are a few positive ones: